The new music maverick signed to Dee-R-S Tunes, Jarmeu will release an EP before his album. The extraordinaire singer and producer whose two singles (self produced ‘E No Easy’ and Blaze [2Shotz’ attention] produced ‘Am Bad’) is receiving rave reviews, will in a couple of days release a third track and first single off his ‘Da Wait is Ova’ mixtape. The EP will precede the album which the label he is signed onto is leaving nothing out to ensure it appeals to the international music audience as will be heard in the EP lead single titled ‘Lasgidi’ featuring Ramsey, a UK based artiste.
Both the EP and album will feature artistes from the US, UK and a few big names from Africa.
Jarmeu has worked with several acts and produced quite a number of songs and commercials. Jarmeu has two sides to his style of music: the philosophical/motivational personality and the sex appeal /commercial style for the ladies and Party Marshals. Five tracks will be released off his debut untitled album which the label head says he is not in a hurry to release. The eventual plan has divulged by Mr. Idris, the CEO of Dee-R-S Tunes is to drop one of the best albums in the history of afro-tunes.
A video for ‘E No Easy’ would also be shot off the album.
The artiste who works as a producer and engineer at Spring Board Studio brings a new voice, a new sound and a new message to the dance floor. In a phrase, this artiste can be described as philosophical, lyrical and very danceable with his new music rooted in the great and rapidly evolving Afro-Hip-hop genre and the EP would be a mash of genres.
As previously stated, both projects from the artiste will feature guest appearances from fast rising artistes, details will be revealed as the project advances.
It is 01-12-2011 and first track off Jarmeu’s ’Da wait is Ova’ EP is here. 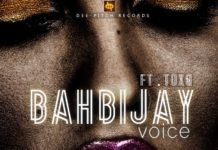 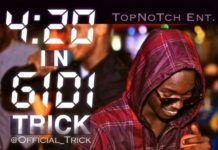