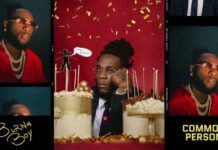 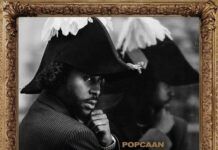 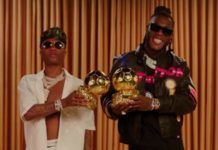 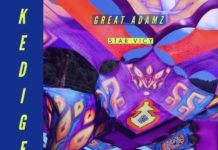 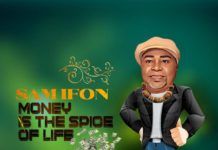 Sam Ifon – Money Is The Spice of Life (Afrobeat Version)

Grammy and three-time BET award-winning Afro-Fusion superstar, Burna Boy, reinvents himself yet again in a new tune titled “Question“; produced by Mavin boss, Don Jazzy, “Question” is the second song by the African giant after his hit track, “Kilometer,” was released shortly after his epoch Grammy win.

In the visuals directed by TG Omori and shot in Lagos, Nigeria, we are graced with an endearing interaction in Pidgin English between Burna Boy and children, the future of all generations, in a clear distinction that the African giant, once again is doing things differently, charting a new musical direction and comes correct to this visual, which is different from all classic Burna Boy visuals. With lyrics that are relatable and straight to the point, the classic Burna Boy charm is evident when he sings, “Question but dem no get answer. Anything wey you wish, that be your portion. Na by the grace of God and Insha Allah we dey move am.” Sung in a medley of English, Pidgin English and Yoruba, Burna Boy is a musical trip in this visual laced with authentic local vibes which TG Omori translates effervescently; “Question” evokes massive nostalgia, taking us all back to easier times.

This new vibe filled with grassroots authenticity boasts unashamedly of the talented singer’s roots; not only does Burna Boy have the meritorious ability to turn every sound he touches into gold, he also has the unblemished ability to introduce a freshness to his visuals – this takes guts, chutzpah, talent and a natural leaning. Revealing legendary hitmaker Don Jazzy, who makes a cameo in this video, there are no wrinkles in the sheets with this Burna Boy visual as it is a delight to watch him transform this tune from individual sentiments into a fluid conversation, using his voice as a guide to face the unknown.

Strong, original, powerful, are the adjectives used to describe this musical genius in this visual; one of the most successful African artistes on the continent and known for pushing the envelope on his sound, Burna Boy continues to achieve musical milestones, maintaining his position as one of Africa‘s outstanding musicians who is sequentially shaping the new Africa sound. So far, Burna Boy has had an irrefutably colossal year musically and his continuous stupendous musical takeover is a testimony to the talent and perseverance born out of Nigeria – the sun shines on those who stand before it shines on those who kneel under them – the sun has indeed shone and still is shining on this multiple award-winning superstar as he unveils another chapter in the Burna Boy sound. | ENJOY!!!