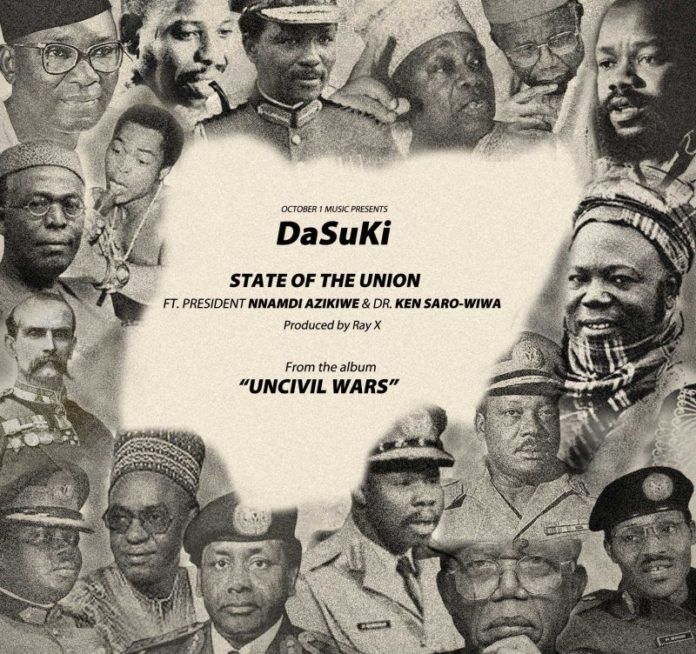 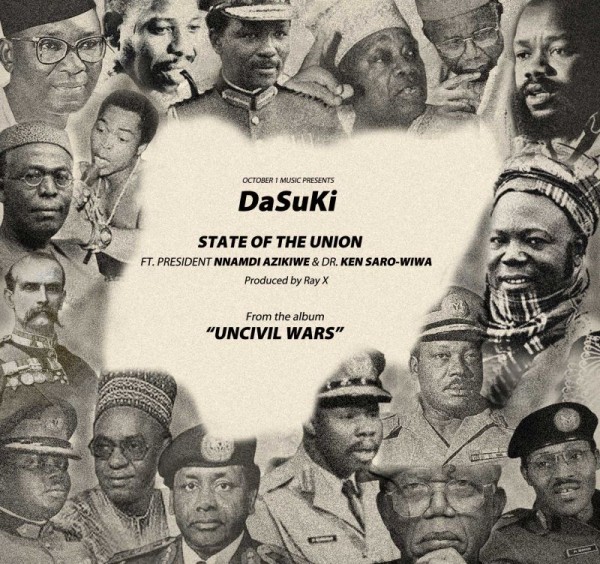 “DaSuki is hands down one of the illest lyricists Nigeria has produced” – ModeNine.

Anyone who knows ModeNine knows he doesn’t give credit cheaply. So who is this DaSuki who gets such high praise? For those who know the 9ja hip-hop underground scene well, the Kalifate is a well-known name. Their single “All Hail” was an NMVA nominated classic, and DaSuKi enjoyed notoriety for being a flawless free-styler with unprecedented punchline power. With 2 albums under their belt, the crew decided to face other creative interests; all now holding top positions in leading advertising firms around the nation. But with the nation being in such a terrible situation and no-one willing to talking about it, DaSuKi has decided to return and address the un-addressed issues of the day.

“State Of The Union” is the 1st song off the “Uncivil Wars” project, and features 2 unlikely legends, Dr. Nnamdi Azikiwe and Dr. Ken Saro-Wiwa. It is a no-frills, hard hitting take on the ills that plague our nation.

Not since Fela has a song been so fearless.

We dare you to listen and disprove. | ENJOY!!! 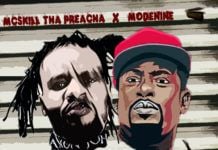 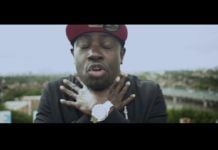 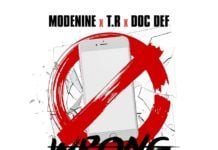