Alright – when I first listened to this, really didn’t enjoy it and I guess it’s because I didn’t understand majority of what was being said but on subsequent listens, I found it enjoyable; a feel-good track in my opinion.

DJ Ree [real name – Henry Nnamdi Nwafor] is one of South-East/South-South best musicians, who has been underground working and producing for artistes like Wizboy, Zoro, Slowdog, Stormrex and many more. He has an album titled “The Convoy“, which carried a lot of people along; he’s been in the music game for 9 yrs now, in the field of production and mixing. He’s rated the best in terms of what he does. and currently has over 30 songs plus he plans to drop his 2nd album. Hes currently working on some bigger collaborations with Vector and so many more. This song here is titled “Money Is My Grand-Daughter” and he features Bosalin on this. Listen up and share your thoughts. | ENJOY!!! 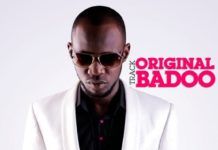