D’code [real name – Omoniyi Idris Tosin] hails from Osun State, and is presently a student of Osun State University. D’code was exposed to the entertainment world as a model in 2005 when he featured in an advertisement by Pepsi. He has also featured as an actor with his blood sister, Shade Omoniyi [Lepa Shandy] in many Yoruba movies from “Ifihan” to “Take Me Home” to “Labalaba” and “Se Bi Eye“. He is currently unsigned, but he is being managed by Kingpin Creazione.

After paying his tribute to the greatest Yoruba rapper ever on earth, the late Dagrin, D’code believes that there is still a vacuum in the Yoruba rap game which is yet to be filled by acclaimed Yoruba rappers like Olamide, Reminisce etc.

With this feeling in mind, D’code released his debut single titled “Shamuke” which received massive acceptance. Several months after, D’code has decided to put out a fantastic single titled “Be Mine” and a freestyle titled “Omoge Jo Da Da” to proof his point as a growing legend in the Yoruba rap game. “Be Mine” is a love story which tells more about how a guy could be so in love with a girl and had to promise her his whole world, and he featured Benczy on this. The second song is a freestyle titled “Omoge Jo Da Da“, a hard-nut for the street and it is rhymed on the popular Azonto beat.

With strong rhymes, composition and Yoruba lyrics, D’code is ready to take over Yoruba rap game and he is also ready to give Olamide and Reminisce a run for their talent. | ENJOY!!! 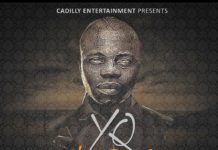 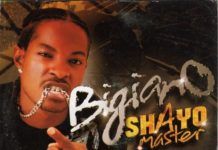 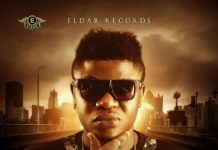