Introducing UK-based Nigerian R&B/Hip-Hop trio A-Team with the brand new music video for  their debut single titled “Fresh”. Superbly produced by elusive beatsmith Charlz, “Fresh” sees the exciting new group in their element as they offer up strong and infectious rap verses as well as a solid vocal performance over a commanding musical backdrop of head-bopping drum arrangements and interjecting finger clicks.

In the accompanying music video, directed by Flake City Film’s Bonja, “Fresh” is brought
even further to life via clevery-captured pictures and close-up shots as the A-Team’s Kin, Fasa and Q deliver their rap verses and vocals in this enthralling and stylistic blacked-out visual backdrop complemented by gorgeous leading ladies whispering “Fresh”. | ENJOY!!!

Formed in January 2012, up and coming UK-Based R&B/Hip-Hop trio A-Team is made up of
three exciting young Nigerian artists – Kevwe Issac Nikoro [Kin], Ariko Fasa [Fasa] and Hussani D. Ishaq [Q]. Collectively signed to UK-based record label Flake City, A-Team is made up of an exciting new singer [Q] and two burgeoning rapper/singers [Kin and Fasa]. Kin, Fasa and Q all met at the University of Wolverhampton and after discovering that they each had artistic talents, an instant creative connection between the trio was formed. One of them, Kin was already signed to Flake City at the time and as the trio started collaborating in the studio and making good music together, it was only natural and right that the other two members, Fasa & Q also got signed to Flake City alongside Kin as A-Team. Ever since the A-Team got together as a group, they have performed all over the West Midlands – most prominent of which will be their forthcoming headline performance at the 2012 Miss West Midlands. With the likes of Boyz II Men, R.Kelly, 2Face Idibia, Jay-Z, Drake, Usher, Kanye West, Michael Jackson, Femi Kuti and Lagbaja among others serving as the trio’s musical influences as well as a musical styling that has often been described as unique, exciting and refreshing, the R&B/Hip-Hop and Afro-Pop trio are set to make a huge splash on Nigeria’s modern music landscape in the coming few months. 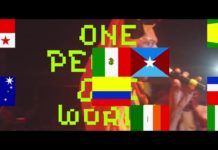 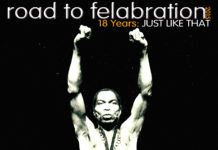