Dampte is the professional name of African artiste born Oluwaseun Oluyole the eldest son with 4 siblings born to an Evangelist mother and Pastor Father in the 1980’s. Dampte finished his High School Education in Lagos, Nigeria and graduated Bellevue University, Nebraska where he earned his Bachelors of Science degree in Computer Information Systems with an emphasis in Business.

Dampte like a number of other artistes started off in the choir as a child. He discovered and honed his innate talent for rhymes, word play, metaphors and his ability to weave those words into songs. Dampte’s path to recognition did not however follow the conventional. His first real taste of music was at a very tender age listening to the likes of King Sunny Ade [KSA], Ebenezer Obey, and other Nigerian musical heavy weights. Additionally Dampte has been influenced by the likes of other internationally known stars such as Jay Z, R. Kelly, LL Cool J, Jadakiss, Styles P, Warren G, Snoop Dogg, Treach [Naughty by Nature], 2Pac, Biggie Smalls, Wale, K’naan and a host of others. He also claims to take bites off Nigeria’s own NAETO C.  Dampte follows his own path musically blending in rap with African undertones making his music uniquely his own.

In 1994 Dampte discovered and fell deeply in love with Hip Hop after listening to a musical compilation of some of the aforementioned artistes’ tracks.  In 1999 after a lot of self-penning, Dampte recorded his first solo effort titled “J-E-S-U-S”, where he featured Rocksteady [of the now defunct 2nd Avenue] and Wreck [now a member of Dem Mama Soldiers]. After a long hiatus due to education, Dampte returned to the music scene with his massive hit single “Wine Your Tinkolo” that features Nigerian R&B star YQ. The single which was released in early 2009 and climbed various charts across Nigeria and internationally. He quickly followed up successfully with another massive hit single “Wapa”. Now known for his hit-dropping prowess,  Dampte continued his upward push following up with his next hit “Ghetto” for which he filmed a highly regarded video. 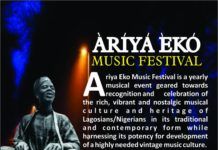 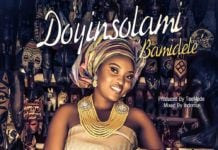 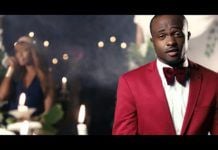