Nene Johnson decided to put the past behind her as she carves a new identity for herself as an artiste. She adopts the stage name NEJ, which is an acronym for “Nene Johnson”. With originality in her unquestionable talent, a very distinctive voice, strong personality and a unique style of her own, she’s in a world of her own. Simply put NEJ‘s here to leave her footprints in the sands of history.

LIGALI is her first single as the artiste NEJ. The inspiration behind Ligali is “LOVE“. It’s about a young lady who’s bold enough to express her love for a guy she is crazy about and the word “Ligali” is a slang used to express a happy feeling like the chorus says: “Na U Dey Make Me Ligali, Afurum Gi Nanya Dim Oma…” meaning “you gladen my heart, you bring me joy, you drive me crazy, you make me happy, I love u my fine husband…”, and then JHYBO jumps on it to spice it up with a blend of Yoruba and Ibo rap. Ligali is basically a love song for the brave hearts with a blend of ibo representing the Eastern part of Nigeria where she hails from and a blend of Yoruba from Jhybo thereby cutting across to the west as well.

NEJ, born Nene Johnson was born on the 16th of April, and hails from Abia state. She is a singer, song-writer, model, entertainer and an entrepreneur who was born into a family of six siblings and she is the 3rd child, with a Bachelor’s degree in English Language from the Lagos State University [LASU], NEJ had an uncontrollable craving for music at a very tender age so she joined a local church choir in her early days as a minor. Things became more serious and professional in her teenage years, and in 2005, NEJ met Mona Okoroalum at a modeling agency called “Hollistic Promotions” – observing they had the same love and passion for music; both girls decided to merge and formed a group called “XTACY”.

The group Xtacy enjoyed massive love from the media and constant airplay as they dropped two hot singles titled “DANGEROUS” and “MY BABY” but it didn’t look like the group could stand the test of time as financial and managerial issues led to the breakup of the Xtacy leaving the girls on a quest for solo efforts in 2007.

Nene Johnson didn’t let her parting ways with Xtacy blur her vision for music dominance, relevance, consistency and satisfaction as she even worked harder until she sealed a deal with Efe Omorogbe’s “Now Music” Management firm barely four months after the group [XTACY] separated in the same 2007. Under the Now Music umbrella, NEJ dropped an EP of four singles that included the hit single “MY FACE COMOT” which also had a very colorful video to back it up.

In late 2008, the contract with Now Music expired and it was time for NEJ to once again explore the vast dynasty of the Nigerian Entertainment circle so she teams up with ex group member Mona and Xtacy was back on the road and this time the group signs up with “Kendi Records“, a UK-based label. This time they recorded three singles “E GO BETA“, “DODO” featuring late Rapper DAGRIN and “YOU WISH“. “E Go Beta” had a much talked about video shot by ace director “Clarence Peters“. The video didn’t only get limitless airplay but also got a nomination at the 2010 NMVA in the Best Use of Costume category. Xtacy broke up once again due to managerial problems and a record deal gone bad issue, and once again the girls called it quits in March 2011.

ONE OF THE ACTS UNDER THE NOW MUSIC PLATFORM – 2008

HAD A COLLABO WITH ONE OF NIGERIAS FINEST RAPPERS “DAGRIN”– 2009 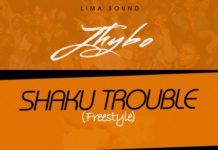 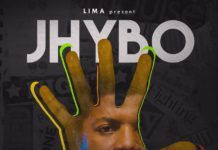 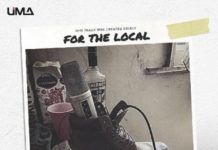