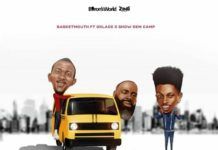 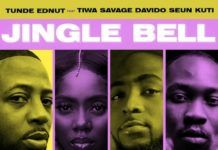 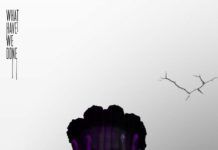 Multiple award-winning African Pop diva, Yemi Alade, premieres the visual for “Shekere“; a tune which features multiple Grammy award winner, Angélique Kidjo, and was birthed upon a personal request by Kidjo for Alade to revamp her classic “Wombo Lombo,” with heavy sample elements from the original, updated to the current mainstream Afro-Pop sounds.

“I dey hear the sound of a tambourine o, talking drums and shekere combination, I see people under the tambourine o, dancing like sey there’s a celebration,” Yemi Alade emotively sings before progressing into a stellar duet with the iconic Angélique Kidjo who also sings in her native Benin dialect over the groovy DJ Coublon™ orchestrated instrumentation.

The cinematic visual for the praised number opens up in dramatic sequence which displays the authentic and unapologetic beauty of the African continent, a theme which has dominated in Alade‘s artistry and has made her hailed as Africa‘s championing artiste of her generation; “Shekere” is a rich and colorful affair, reminiscent of Disney live-action remake and once again cements Alade‘s throne as a royal of music videos. The classic visual joins Alade‘s elite videography which made her the first and only female Afro-Pop artiste to have over 100 million subscribers on Youtube, and a total cumulative visual stream of over 400 million views; “Shekere” is the sixth single off Yemi Alade‘s critically acclaimed fourth studio album, “Woman of Steel,” following hit singles “Home,” “Give Dem,” “Vibe,” “Shake” and “Oh My Gosh.” The album features a host of international stars like Rick Ross, Angélique Kidjo, Afrobeats icon Duncan Mighty and Nollywood star, Funke Akindele – watch and share your thoughts. | ENJOY!!!