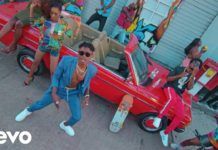 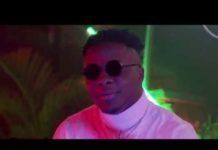 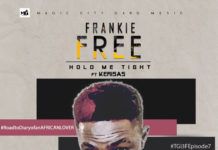 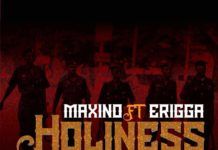 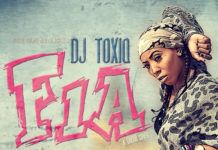 Award-winning producer and literally, Nigeria‘s 1st front-most female producer, disc jockey and musical artist, DJ Toxiq of Magic City Gang, who was recently awarded by Guinness as Made of Black Hero, finally premiers the long-awaited visual to her recently-released offering, the self-produced piece titled “Friends“; this visual was shot on location in Lagos, Nigeria and directed by Stanz Visuals. | ENJOY!!!

Uncovering a feat like none other and a total break away from the norm for which most people seem to have drawn up a conclusion that Nigerian disc jockeys and producers resent to dishing out music materials of a high/dance-inclined tempo, DJ Toxiq (Africa‘s pioneering female DJ/producer) unveils her exquisite/splendid/pulchritudinous new single titled “Friends“; unlike what most music lovers would expect or are used to, the Magic City Gang Music recording artist dishes out one of the most subtle and perceptive singles of the year 2016 so far. With 2 songs (“Monster” featuring Maxino & “Doe Black” featuring Frankie Free) released so far from her yet-to-be titled EP, “Friends” serves as the 3rd single off the EP and adds more to our expectations off this EP; the Clemtromix mixed/mastered offering is sure to get even added rave reviews as it’s already got industry heads talking even before it’s official release – DJ Toxiq shows us a different side to her artistic nature as the musical composition within this piece of music titled “Friends” sees her appealing to her vocals as never heard before – without further ado, listen up and share your thoughts. | ENJOY!!!