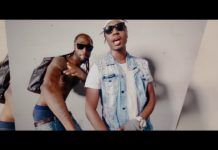 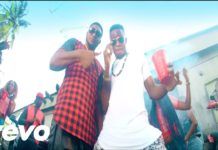 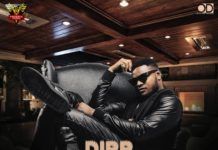 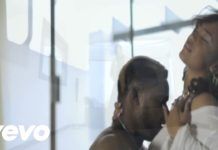 Multiple award-winning Nigerian entertainer, Dipp, returns after a long hiatus with highly infectious music video, “Yokozuna“; having left a mark in the industry, the singer, songwriter and dancer is back to set a new record as he unravels the brand new enviable visual which can be said to be the best Afro-Contemporary music video 2016 will experience.

Dipp introduces us to “Yokozuna” visual, using Kanji ideograms to give admiration to the highest rank of professional Sumo Wrestling in Japan; on “Yokozuna,” he adopted inestimable visual effects, energetic dance steps and armored the flick with exotic costumes which shows his deep knowledge about the African culture. Tracing the concept of the music video down to Yoruba history, the artist takes us on an enjoyable ride back to the narration of Sango, a royal ancestor of the Yorubas – he was the 3rd Alafin (King) of the Oyo Kingdom prior to his posthumous deification – as Sango is profoundly known to be the god of thunder who spits fire from his tongue, he is also associated with red and white colours and special drums which Dipp showcases on “Yokozuna” in a relatable heroic manner.

“Yokozuna” vehicles the artist’s resourcefulness in bringing the unexpected into reality, the uniqueness of his new offering is worth applauding, no wonder MTV Base tagged the video as a must-watch on social media.

Dipp has won several music awards including the awards for Best Choreography, Best Use of Effects at the Nigeria Music Video Awards (NMVA) and other notable awards in Nigeria; the Phoenix Records act, undoubtedly, has once again proven to the industry that he’s simply amazing. The song is written by Rexxx and Henri Enebeli, with music production by Skelly Beatz; the video is directed by Christopher Kingston. | ENJOY!!!