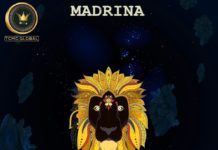 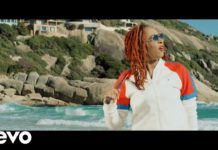 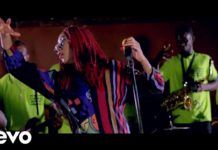 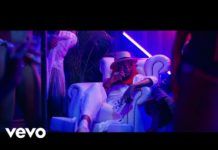 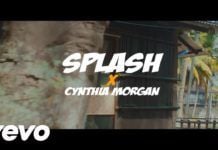 The First Lady of RudeBoy Recordz, Lucy, who made her official entrance on to the Nigerian music scene with her Christ String produced offering titled “Special Driver (Push It),” returns with the visuals on which we see Northside Inc.‘s Cynthia Morgan lacing up an additional verse to the offering; watch and share your thoughts. | ENJOY!!!

Lucy Iheonyechoro Ugorji is the 1st female artist signed to RudeBoy Recordz, a high-flying label owned by Paul Okoye, one half of the famous P-Square twin brothers; she believes that being an artist under the record label is more than a dream come true, and is divine. Her native Igbo name, Iheonyechoro, means “what you want is what you get,” and she is convinced that the power of the name is behind her current status, having been a staunch P-Square fan from childhood; she is now living her dreams.

Lucy can easily be described as a focused, ambitious and resilient lady, who has continued to break barriers, despite just being 21 years of age; she was born and bred in Sapele, Delta State, Nigeria on 26 May, 1994 – her father is a native of Mbaise, Imo State, while her mother is from Ishan, Edo State – her father, a retired Chartered Accountant, owns one of the biggest poultry farms in Sapele.

The last child from a family of 6, she was not over-pampered by her parents, instead, she was taught the rudiments of hard work and how to chase her beautiful dreams, little wonder she got an academic scholarship while in Primary 4; Lucy, who is currently a final year Law student from the prestigious Coventry University in the United Kingdom, started her academic journey in Nigeria at the Future Generation Nursery and Primary School, Sapele – while in Primary 4, the school gave her a scholarship all through her secondary school level because she was considered too brilliant to be in that class. The scholarship scheme took her to Marist Comprehensive Academy, Uturu, Anambra State, a boarding school owned by the Catholic missionary, but as she grew, her penchant for success and greater challenges were also growing; while in JSS2, she relocated to the UK to continue her education at the Eastlea Community School, East London and finished in 2010 before proceeding to Epping Forest College, Essex (UK). Lucy actually wanted to study Forensic Science at the Coventry University (UK), but due to her inquisitive nature, her mother advised her to choose Law at the same institution; meanwhile, irrespective of her academic prowess, she has been doing music all her life – she became conscious of the unique talent at age 4 when she sang and won a singing competition at a birthday party.

At age 16, 17 and 18 respectively, she participated at the prestigious X-Factor (UK) competition, but didn’t win on her 3 attempts; she was also part of a cultural dance troupe and church choir, and her school’s drama group. Her dexterity and creativity prompted her to work with some of UK’s finest music icons like MoeLogo and Dizzy VC; earlier, she delved into modeling and participated in the Miss East London beauty pageant in 2011 and won, a feat she described as one of her greatest achievements in life.

Unarguably, life didn’t start on a bed of roses for Lucy, as she had to tirelessly work her way to the top; from Mondays to Fridays, she would work as a Receptionist at The Doctors, a UK hospital, and then resume for another supermarket job on Saturdays and Sundays.

Asked how she got signed to the soar-away Rudeboy Recordz, Lucy said, she sent a video of herself singing to Paul Okoye, the head honcho of the label; luckily for her, he was impressed with her singing prowess, and the rest today is history – as a matter of fact, she jettisoned one of her classes in school to painstakingly record the video – it is dreams come true for her. Her aspiration is to become the biggest female artist from Africa; she wants to equal and if possible surpass the records of Beyonce and Rihanna – she is quite keen on being a blessing and source of inspiration to her race – her inspiration comes from personal experiences and everything around her, including great artists like P-Square, Backstreet Boyz, Westlife, 2face Idibia, Rihanna and Celine Dion.

Chee – SO BEAUTIFUL + HARK THE HERALD [a Charles Wesley...