With all Valentine’s gaudy decorations and the streaks of materialism slowly going back to the store rooms for another year, Efa seeks to inject another shot of life into the waning month of Love. Love, he believes, should not be limited to only one day in the middle of one month in a year; his offering is a remix to Ese Peters’ “Omote” – a song that he says holds a lot of emotional importance for him. The original song, touching in it’s premise with it’s bold lyrics and cloying vocals, sees a touch of finesse from Efa. Coming a long way from his debut, which was a remix as well – Mo’Cheddah’s “If You Want Me“, he has worked and performed with the Nigerian music’s biggest from 2face Idibia to M.I. He recently knocked off the notch, with his appearance on the MTV’s SHUGA show; if these indications are anything to go by, it can only get better and better with the Cross River born Ibadan ambassador. | ENJOY!!! 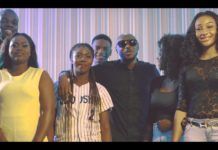 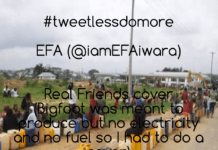 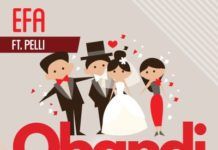