Aina More, also known as Aina Morenikè is the young emerging Nigerian Lyricist, born and bred in London. Today sees the release of her newest material “It’s A W.R.A.P [Words, Rhymes and Poetry]“, after such positive feedback from her first mix-tape, she’s back even bigger and better than before. Miss Aina More has a background writing and teaching Dance Theatre in Arts Alliance Company ‘Silhouettez In The Dark’ where she developed her writing and spoken word skills, which eventually led her into the studio as a writer, and featuring artiste. With influences from the likes of Kendrick Lamar, Fela Kuti and Sound Sultan the talentress dropped her first Rap EP “Back To Life” in 2011 and since then has been travelling and recording, dropping features and working on her new mixtape and first single. With her unapologetic approach to rhymes, crazy sexy style and conscious content we can only expect the best to come as she makes her way into and most definitely UP the scene.

Aina More has worked with various artistes and producers including Sagzy, DJ Juls, Delerious, Kid Konnect, KechPhrase and many more. After spending the most part of 2012 in Nigeria, Aina More has come firing back across the waters with a body of work entitled “It’s A W.R.A.P [Words, Rhymes and Poetry]” entailing hard-hitting hip hop tales of her experiences in the motherland & MORE. The mixtape features single – “From N****s To G*ds*” featuring UK recording artiste Afrikan Boy and VIRAL Video play for mixtape track “The Sirens” produced by Chopstix and filmed by TCD.

The 20 year-old rapper is nothing short of outspoken and her new mixtape has been dubbed a political enigma in Hip-Hop music. Ms. Aina More commented: “I felt this project was important in respects to everything I’ve seen and experienced over the past few years. I may be speaking from my perspective, but by speaking about my experiences I speak for many“.

The mixtape is officially available to download from from a zipped file below, but we’ve also provided individual download links to all 10 tracks on the mixtape; there also is a viral video for “Sirens“, which happens to be the 2nd track off this mixtape. | ENJOY!!! 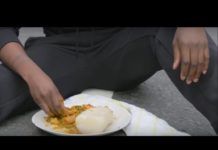 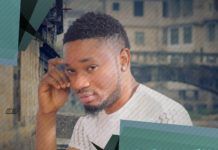 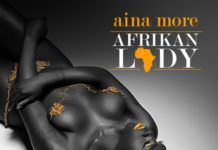