Born “Onokpasa Anthony”, STAGE a.k.a “King of the South” started music as a singer but as time went by, he started rapping as well. He’s been doing music professionally for over a decade now, and it all started in the oil rich city of Port-Harcourt before he relocated to Lagos to take his music career to a greater height.

In 2008, Stage dropped his first album titled “STAGEMATIC” and now he is armed with a brand new video titled “GIRL ON FIRE” [directed by Oshodi], and he sure is set to put his music career into the spot-light. Expect his sophomore album titled “STREET RECOGNITION”, due to hit music stores any time soon. It would also be a point that Stage is currently working on a mix-tape, alongside his sophomore album.

“GIRL ON FIRE” is a club-techno that will keep you on your feet | Stage is currently signed on to “DRAMATEAM ENTERTAINMENT”, of which he happens to be the co-CEO.

He is a graduate of Enugu State Science and Technology, Enugu where he obtained a B.Sc in “Accountancy”. He is a rapper, a singer, a song writer and also an actor, who hails from Delta State; he is a Christian and he tags himself as the “self-acclaimed” King of the South.

Well, here’s the visual for Stage’s “Girl on Fire” video as directed by “Oshodi” who works with “Clarence Peters”. ENJOY!!! 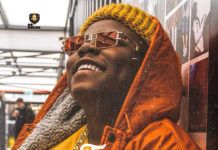 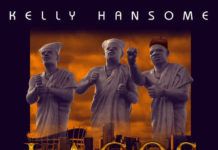 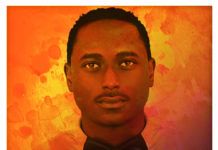