The anticipation for Teeto Ceemos’ Official Debut Single has been steadily building over the past few weeks since the release of new visuals for “Missed Call” and the Adey-produced “Glory” which features Nayo Soul. Here is the Official Debut Single from Fresh Boy Entertainment’s TEETO CEEMOS and it is one hell of a MONSTER single!!!

Featuring Nigerian Dancehall/Reggae artist SHANK excellently providing an infectious and catchy chorus and also produced by SHANK himself who brings those lush drum arrangements and head bopping musical milieu to the mix to great effects, “Go Down” sees Teeto Ceemos in superb fashion with his trademark witty punchlines, smart and captivating lyrics and sublime flow.

This brand NEW single is set to be the staple sound in the coming weeks and months on radio, in the clubs, at parties and everywhere in between so get ready to “whine up your waist and go down” as Shank says. The general public should expect nothing short of greatness from Teeto Ceemos’ debut album which is dropping later this year via Fresh Boy Entertainment.

Teeto Ceemos – real name, Toyin Tito Salako – was born and raised in Lagos in the early 80‘s. He fell in love with rap music in the early 90‘s after being surrounded by it throughout his pre-adolescent years. By the time he graduated from secondary school, Teeto was fully immersed in Hip-Hop music and the culture, even briefly forming a now-defunct rap group called Knights Of The Turn Table. He moved on to further his education in the University of Lagos where he became a revered battle rap legend. He eventually dropped his first mix-tape to critical acclaim from audiences in and out of his university. Little did he know that this would be the prequel to his involvement in the Channel O/Sprite eMCee Africa Competition in 2008, where he emerged as Nigeria’s winner. He then proceeded to Johannesburg for the grand finale where he emerged as runner-up after squaring off with acts from Kenya, Tanzania, Angola, Ghana & South Africa. He returned home and moved on to develop himself as an artist and as fate would have it, he teamed up with Knighthouse’s Mo’Cheddah & Sauce Kid to record one of the biggest songs in 2009, “Tha Finest”. His first single “Oshamo” featuring Capital Hill Artist and Producer Tha Suspect had a cultural/homegrown vibe to it and was a flagrant display of the rapper’s versatility which did quite well on charts and still gets airplay on local TV and radio stations till date. In 2010, his team [Freshboy Entertainment & Cash In Records Producer/Artist Ex-O] teamed up with SoundCity Blast to release his Da Freshness Mixtape which was widely accepted by fans and critics alike. Teeto also recently released another Freshboy/Knighthouse collaboration titled “Footprints [Kami]” which features the amazing Iye on vocals with production from Knighthouse in-house producer and Red Bull Music Academy alumni, DJ Klem. 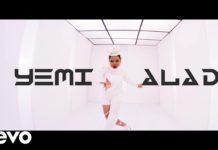 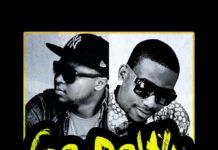 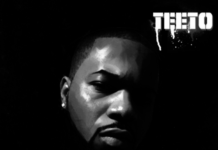