Few days back, I featured the making of the new video by TILLAMAN titled BABA DADI WAN, right here on this blog. The wait now is over as the official video itself drops today!

Directed by GINI, the video is themed around a battle for supremacy as an urban Tillaman battles a cultural/traditional one. The video also plays on TILLAMAN‘s true identity as a son of the Alaafin of Oyo, HRH Oba Lamidi Olayiwola Adeyemi III.

This is only a tip of the iceberg as Tillaman has loads of new materials lined up for release. 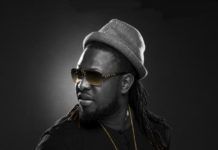